Quote(s) + Photo of the Week 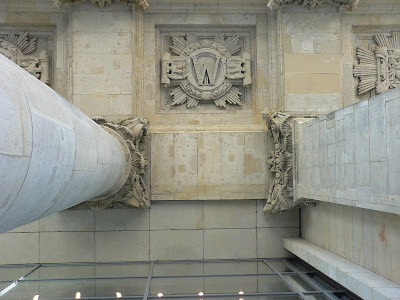 Photo: May 2007 The Reichstag, Berlin
So...as I graduate and move back into the land of the living, I have been so excited to do normal things. You know, like cooking dinner. Doing the dishes. Cleaning a closet. Taking Chica for a walk. Getting my hair done. Chatting with a neighbor. Going to work. Washing the car. Reading a book for no other reason but that I WANT to. Ahhhhhhhh. I just can't wait to feel like a normal person again. So, my first thing on my agenda of things to do is to go buy some books that I have been dying to read. One of my favorite authors to date is Kurt Vonnegut and my next read will be Galapagos as recommended by my big bro Antonio. To get back into the Vonnegut frame of mind, I googled some of his greatest quotes and they reminded me why I love him so much. I thought I'd share a few....

"Say what you will about the sweet miracle of unquestioning faith, I consider a capacity for it terrifying and absolutely vile!"—Mother Night, 1961

"I want to stay as close to the edge as I can without going over. Out on the edge you see all kinds of things you can't see from the center."—Player Piano, 1952

“Just because some of us can read and write and do a little math, that doesn't mean we deserve to conquer the universe.”—Hocus Pocus, 1990

"I thought scientists were going to find out exactly how everything worked, and then make it work better. I fully expected that by the time I was twenty-one, some scientist, maybe my brother, would have taken a color photograph of God Almighty—and sold it to Popular Mechanics magazine. Scientific truth was going to make us so happy and comfortable. What actually happened when I was twenty-one was that we dropped scientific truth on Hiroshima."—Bennington College address, 1970

"I was taught that the human brain was the crowning glory of evolution so far, but I think it's a very poor scheme for survival."—quoted in The Observer, December 27, 1987

I love the one from "When I was Twenty-One". Mainly because I love to do all those things and when I am doing them, I feel like I am an amazing dancer/singer/artist/whatever. But you know what? I'm not. And I'm totally OK with that. I love that we are all human and that really, "nothing is going on."

Ain't nothing going on here on the edge. You're going to love Galapagos.