On June 25th, 2004 Brandon and I were married...but maybe even more importantly, on February 14th 2000, Brandon brought a dozen roses to my door. I have to admit that I was totally the smitten kitten the second I laid eyes on this hunk. On top of his beautiful packaging (wink, wink) Brandon is the kindest, funniest and most sincere person. I can't imagine a better friend, lover (triple wink), husband, future father or a more perfect person to spend my life with. I love knowing that we are together through life's biggest moments and life's smallest moments. We have changed so much over the last nine years but it seems like our love and our friendship grow stronger every day. I am so happy to be on our life's journeys side by side Bwandon. I love you. 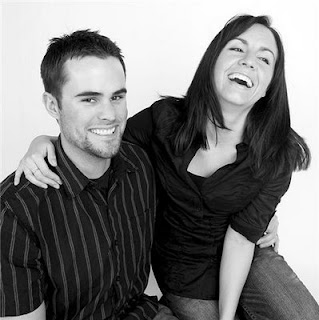 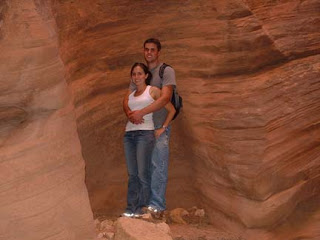 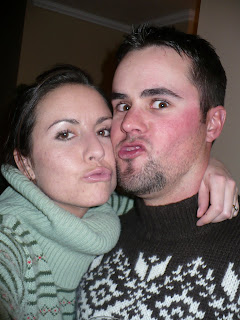 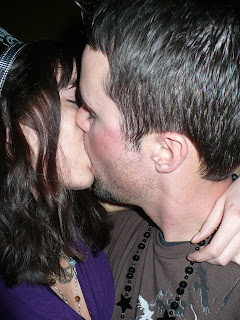 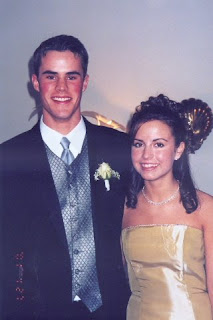 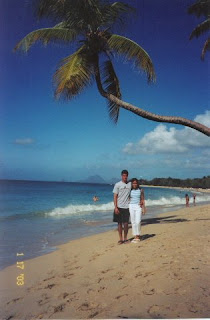 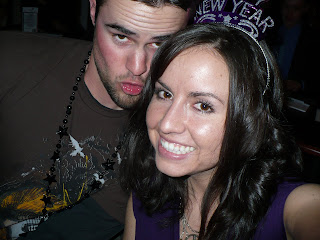 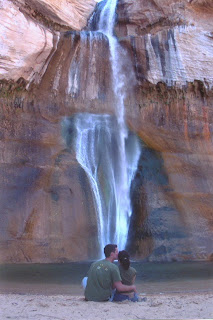 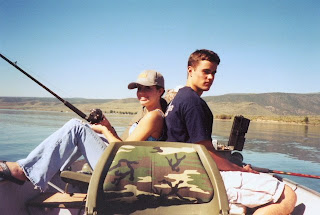 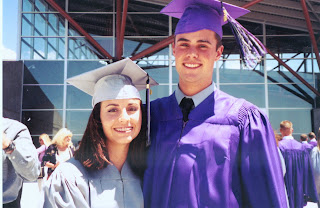 "The earth is moving through a position relative to the sun, similar to that on the day you were born. But, it's different, because eternity is fleeting and changing too. Welcome to your destination, you have arrived. This is where you are. I love the person that you are."
-birthday wish from my big brother Anthony

Can I just say that I feel so loved today? I've received so many great birthday wishes from friends and family on facebook and on the phone. My mom left me such a cute voicemail, singing me happy birthday...it made me cry :)

I love all of you. I feel so alive and I absolutely love life and everything it offers. The birthday wish above was from my big brother and it is the most beautiful thing I have read in a long time. I feel like I have arrived, yet at the same time I feel like I still have some amazing destinations ahead. Thanks for the inspiration Anthony!
Posted by Danielle at 3:18 PM 4 comments:

My most exciting email EVER.

Congratulations on your graduation from the University of Utah. The following degree has been posted to your academic record:

Your diploma has been mailed to the following address:

...aaaaand.....I am now officially graduated and can join the real world. Phew.
Posted by Danielle at 12:55 PM 2 comments:

I'm reading Another Roadside Attraction by Tom Robbins, and I have a feeling that this is becoming one of my favorite books ever. Tom Robbins has a way or writing that becomes addicting to read. I'll come upon a few lines in the book that are written so comicly or beautifully or profoundly, that I have to stop and read it three or four times again. I can't stand not talking to someone about how great his writing is, so I figured to satisfy my need to express how much I love this book, I would post some of the great literary moments of the book so far :)


"...the fullness of existence embodies an overwhelmingly intricate balance of defined, ill-defined, un-defined, moving, stopping, dancing, falling, singing, coughing, growing, dying, timeless and time-bound molecules - and the spaces in between."

In this exerpt, he is describing the performance of an old American Indian:

"In the circus arena, lit only by a dry twig fire, the old Apache would commence a performance of calculated frenzy, identifying his bodily rhythms with the historical migrations of his people, recalling both their triumphs and their tribulations, insinuating their glories and humiliations, howling myths in the shadows like a coyote, clacking his peyote-stained teeth like a beaver, arching his back like a mesa, planting his toes like the dawn of agriculture, weeping like a long winter, laughing like the mouth of a river, stalking with his arrowed eyes some unlicensed prey in the faces of the audience. And the audience would sit chilled, bound to the stake of congenital guilt, its thoughts paddling along some quiet piney lake or spurring a pony around the bend of a canyon, all trails however clean and simple leading to the scene of slaughter...and when the drums suddenly froze and the hard mahogany Indian stilled his dance at the summit of its demonic power to shriek in perfect magpie Trickster, to scream in flawless American, "Hi'niswa'vita'ki'ni" - "We shall live again!" - the stoutest of mechanics coughed nervously and children and women were known to pee in their pants."

And finally...one of the main characters is inspired by her husband's rhythmic drumming...

"The whole universe is a complex of rhythms. We each of us feel a need to identify our bodily rhythms with those of the cosmos. The sea is the grand agency of rhythm. The grain-tops in the wind, the atoms in orbit are rhythmic. The uterus, which is a strong muscular organ, contracts with the birth of the baby. Actions, like sounds, divide the flow of time into beats. The majority of our actions occur regularly, lack dynamism and are unaccentuated. But occasional actions are accentuated due to their intensified stress. The quality of man's life depends upon the rhythmic structure he is able to impose upon the input and output of energy."
Posted by Danielle at 10:15 AM 2 comments:

For graduation, my cousin Stephaney and family gave me a beautiful Amaryllis bulb (or is it Amarylith??) You wouldn't believe how quickly this flower grows...it probably grew about 1-2 inches a day since we put it into water. We had no idea what it would look like so it's been fun watching it grow and bloom...it's so pretty! 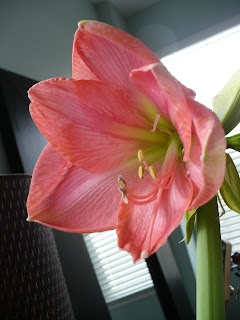 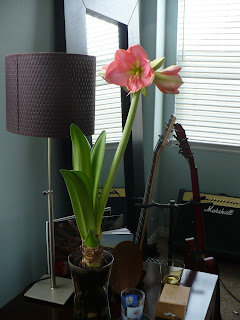 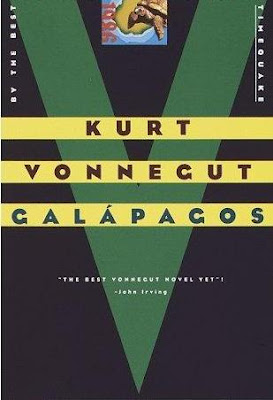 I just finished reading Galapagos by Kurt Vonnegut as recommended by Anthony, and I absolutely loved it. It's Vonnegut's commentary on..well...almost everything, but mainly on evolution, society and humans with our "big brains" and how much trouble they cause us :D It follows the events that happen on a "Nature Cruise of the Century" in 1986 that eventually lead to the ability for humans to continue evolving 1 million years after that...and you wouldn't believe what we evolve into. Here is one of my favorite quotes from the book.